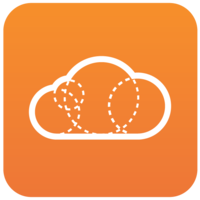 What are the highest paying jobs at A Cloud Guru?

A Cloud Guru is an online training platform for people interested in Information Technology. Most of the courses offered prepare students to take certification exams for the three major cloud providers. The company was established in London, United Kingdom in 2015 by Ant Stanley, and Ryan Kroonenburg, with Ryan's brother Sam Kroonenburg joining shortly after. In July 2016 Ant Stanley left A Cloud Guru, leaving brothers Sam and Ryan to run the business.

On December 16, 2019, it was announced that they would acquire Linux Academy. The acquisition was asserted by A Cloud Guru to make it "the largest cloud computing training library in the world".

High-Paying Jobs at A Cloud Guru

A Cloud Guru Job Search in US and Canada

Top Jobs at A Cloud Guru by City

8 high paying remote jobs you can get right now (and how to get hired there)
Sara London
7 ways to manage the effects of job search fatigue
Rolf Bax
Have you been the victim of 1 of these 7 cases of wrongful termination?
AnnaMarie Houlis
Ladders / Company / A Cloud Guru