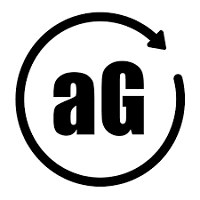 What are the highest paying jobs at aboutGOLF?

Golf is a club-and-ball sport in which players use various clubs to hit balls into a series of holes on a course in as few strokes as possible.

Golf, unlike most ball games, cannot and does not utilize a standardized playing area, and coping with the varied terrains encountered on different courses is a key part of the game. The game at the usual level is played on a course with an arranged progression of 18 holes, though recreational courses can be smaller, often having nine holes. Each hole on the course must contain a teeing ground to start from, and a putting green containing the actual hole or cup 4 1?4 inches in diameter. There are other standard forms of terrain in between, such as the fairway, rough, bunkers, and various hazards but each hole on a course is unique in its specific layout and arrangement.

aboutGOLF Job Search in US and Canada

Top Jobs at aboutGOLF by City