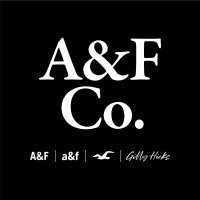 What are the highest paying jobs at Abercrombie & Fitch?

Abercrombie & Fitch is an American retailer that focuses on casual wear. Its headquarters are in New Albany, Ohio. The company operates three other offshoot brands: Abercrombie Kids, Hollister Co., and Gilly Hicks As of February 2020, the company operated 854 stores across all brands.

Once known for its sexualized ad campaigns, the company has toned down its imagery and no longer displays nearly nude models in their advertisements. According to then-Chairman Arthur Martinez, these changes were implemented to show that the company is evolving along with its consumers. It is now targeting an older consumer, from ages 21 and up.

Abercrombie & Fitch Job Search in US and Canada