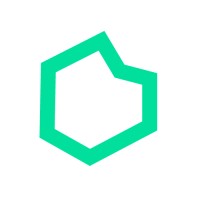 What are the highest paying jobs at AbCellera Biologics?

AbCellera is a Vancouver, British Columbia-based biotechnology firm that researches and develops human antibodies to address pandemics and common diseases. The company is best known for its leading role in the Pandemic Prevention Platform, a project of DARPA's Biological Technologies Office. AbCellera utilizes a proprietary technology platform, which they claim can develop "medical countermeasures within 60 days." Its platform for single-cell screening was initially developed at the University of British Columbia.

AbCellera was founded in 2012 by biomedical researchers Carl Hansen, Véronique Lecault, Kevin Heyries, Daniel Da Costa and Oleh Petriv. In November 2016, the company received a US$645K grant from the Bill & Melinda Gates Foundation to develop a test for tuberculosis. In September 2018, a $10M series A round of funding was closed. In May 2020, a $105M series B round of funding was closed.

In June 2020, the company announced it had begun the world's first study of a potential antibody treatment against COVID-19, with a Phase 1 trial of LY-CoV555, in collaboration with Eli Lilly and Company.

Other partnerships include collaborations with GlaxoSmithKline, Novartis, Pfizer, Sanofi and Teva Pharmaceutical Industries.

AbCellera Biologics Job Search in US and Canada

Is this the worst job interview question? The internet seems to think so.
CW Headley
These are the 15 highest-paying psychology jobs
Hailey Hudson
6 jobs that prepare you for side hustle success
Kyle Young
Ladders / Company / AbCellera Biologics