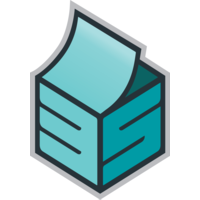 What are the highest paying jobs at 3Scan?

3Scan, Inc. was an American biotechnology company based in San Francisco, California. It offered automated microscopy services using a coordinated combination of both hardware and software for the 3D analysis of cells, tissues, and organs. The company was founded in 2011 by Todd Huffman, Megan Klimen, Matthew Goodman, and Cody Daniel. The 3Scan technology is based on the Knife Edge Scanning Microscope developed in the late 1990s by Bruce McCormick, founder of the Brain Networks Lab at Texas A&M University.

3Scan CEO Todd Huffman originally worked as a neuroinformatics researcher at Texas A&M in 2003 and first encountered the technology which became the core of 3Scan's microscopy services during this time. While the KESM was originally developed as a neuroimaging tool, 3Scan has taken the principles involved in this technology and expanded its use to create a novel type of histology and tissue imaging.

The company has raised a total of $22 million through two rounds of equity funding from Lux Capital and Data Collective, joined by Dolby Family Ventures, OS Fund, Comet Labs, and Breakout Ventures. They have also raised $390,000 in non-dilutive grant money from institutions such as Breakout Labs and Start-Up Chile. The company employs about 35 full-time employees and generates revenue by providing its imaging services to pharmaceutical companies, labs, or pathologists involved in pre-clinical drug discovery. As of 2017, 3Scan is collaborating with pharmaceutical development scientists, academic researchers, and tissue engineers as a contract research organization. It is not currently used for clinical diagnostics, but is in the process of building out a platform to perform clinical pathology and diagnostic services.

America falls way short, adds fewer jobs than expected in April
Kyle Schnitzer
Everything you need to know about becoming a dermatologist
Ashley Jones
These US cities will pay up to $20,000 for you to relocate—but there’s always a catch
Benjamin Lorber
Ladders / Company / 3Scan